What have you learned about hydration?

Let’s get some context around the accuracy of these strategies for a healthy, hydrated body.

Back in the day marathon athletes, boxers, football players and other heavily perspiring sports did NOT drink during events or practice. It was thought to have a negative influence on performance and wasn’t allowed. Today, you are likely to be judging this idea as horrid and blasphemous. You might even be close to shouting “Heresy” or “Abuse”.

However, where did current day methods for hydration originate? When did we become so extremely sold on this idea that there’s no way one could ever drink enough water?

Sports are big business. So is the supplement industry. And within each of these is the 'Sports Drink'. The beverage thought to enhance the performance of athletes around the world. Have you ever seen the movie Idiocracy? “But it has electrolytes!”

No doubt about it. Gatorade came along and changed the world of performance nutrition. However the genius of Gatorade has very little to do with electrolyte balance. Really, Gatorade isn’t outrageously high in electrolytes anyway. The genius of Gatorade is that sugar was added to water. It made sugar readily available in the blood to be very quickly delivered to the muscles and organs asking for it. Rather than having to tap the muscle of it’s glucose, then eventually dig into what’s stored in the liver. The glucose was right there in the blood and easily transportable.

Athlete’s are crazy. There’s a good portion of the athletic and fat loss population that wants to achieve their dreams enough that they’d eat dog poop. If they believed it would help them that is.

These are all popularized by sports drink marketing. You bought in, and so did I. I did the same thing. Drank myself water drunk. I believed, hook, line and sinker that this was absolutely NECESSARY to performance and fat loss. The thing is, there is accuracy and inaccuracy all over the hydration topic.

In my experience, the misconception sources back to the negatives of dehydration, with the solution being, “Ummm…drink more water.” Well, it’s not that simple, because eventually there is such thing as too much water. But it doesn’t take much to make dehydration sound horrifying.

Dehydration takes away from fat loss, diminishes performance, is a negative on mood and mental acuity…basically all that we would rather not…that’s what comes to be with dehydration.

The liver is extremely significant. In terms of a hierarchy, it’d go: Brain, heart, lungs, skin, liver. Dehydration has a negative impact on the kidneys and therefore, also the liver. This is no good for fat loss or health.

When dehydrated, we are at risk of heat stroke and heat exhaustion. These are very serious. Something to keep in mind…the majority of heat related illnesses happen when temperatures are below freezing. People over layer and cannot scrap heat off their bodies fast enough. Plus, the air is typically more dry and we don’t think to drink as much when it’s cold. This is something that can kill you. I played in the Shrine Bowl, in the middle of a good Iowa summer. It was the hottest day of the year. 120degrees on the field, we’re all wearing full pads and helmets, and I don’t know about anyone else, but I lost 13lbs. After the game we all saw a kid on the verge of heat stroke. He’d stopped sweating, couldn’t quit hyperventilating, they had icepacks all over him, and he was in deep shit. He’s okay, but it puts the reality of this thing in your face. Don’t mess with the dehydration game. Dehydration is always bad, however, this doesn’t necessarily mean you need a gallon of water/day.

In 2002 a woman died in the Boston marathon from being overly hydrated. She wasn’t the last. These people lost the ability to send the electrical signal necessary for their body to maintain homeostasis. Many were hospitalized in time but sadly some have died.

Performance does not seem to suffer nearly as much as we have been led to believe. And the fat loss debate…it’s pretty silly. There’s no doubt that drinking water is better than shoving oreos down your throat but it’s not as much of the solution as people would like to think. You’re welcome to remain proud of yourself for your water consumption but drink appropriately.

The notions most of us have around the absurd level of hydration the body necessitates was spread through bogus “research” done by sports drink companies. This “research” isn’t science…it’s a sales pitch. SALES PITCH.

Hydration is important. So how much?

I don’t know. For real, I don’t know and neither does anyone else, but there’s some decent ideas. The best research done would conclude that drinks slightly beyond thirst is the way to go. However, many people (maybe even most) have a difficult time differentiating between the sensations of ‘thirst’ and ‘hunger’. Which is which and when? Yeah, I don’t have a good way to decipher that either.

So what’s the solution?

Personally, and in my experience working with people on their nutrition. I like the Half your bodyweight in ounces OF WATER every day. This at least tailors it to the individual. A 5’6”, 120lbs 14year old girl with 18% body fat doesn’t need to be drinking as much as a 6’4”, 230lbs, 32year old male with 14% body fat. However, I’d like to add a couple of twists.

Twist One: it has to be water. Water is the great medium of reality. Water doesn’t go in the category or create the affect in the body that these other hyper tasteful drinks and foods do. If you lived your life on ecstasy for long enough it’d be your new norm and coming back to real life would definitely suck. When we eat these drinks and food that excite are mouth in the same way…we are going to grow accustomed to them. How you suppose regular food is going to taste at that point? Get used to water and everything else will taste better too.

In certain circumstances of athletic performance,

an athlete would want to drink sport drinks and

protein shakes throughout the day in order to keep

up with a sufficient caloric intake. However, this

would mostly be confined to short segments of the

year when practice/training is extremely intense.

Twist Two: Lets set up your thirst mechanism for success. Instead of simply focusing on a total (half bodyweight in ounces/day). Let’s take 1/8th of your bodyweight and drink that before 8am. This is more likely to give your body an idea of what hydration feels like. We’ll be able to differentiate between thirst and hunger as well as make better decisions on each throughout the day.

Quick recap: dehydration is a joy sucker that diminishes performance and can be dangerous. Over hydration is not outrageously unattainable and is a serious health concern that can kill you, not to mention the loss of bowel control. Sports drinks have very little to do with electrolytes. The genius of sports drinks is the addition of sugar. The insurgence of sports drink marketing has led to wild claims made to assist with hydration and what is actually appropriate. This has created health ramifications worth considering. The solution: Drink 1/8th your body weight (lbs) in ounces of water everyday before 8am. 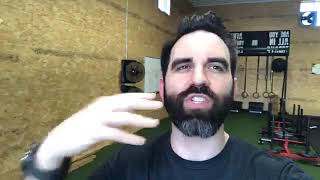 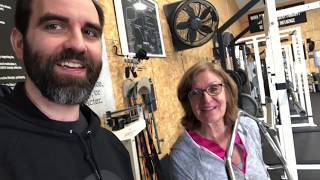 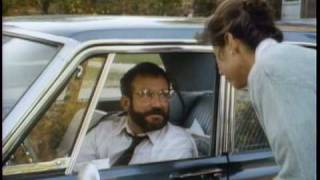 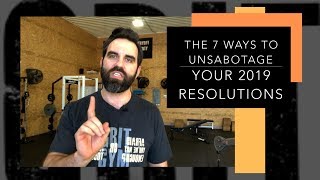